This month: Reverbicon, a new venue for me, and one that looks to suit my tastes just fine.  Tribute to both Halloween and hard rock bands?  I vote YES!

Looks to be a cool time, and I’ve never been in Jupiter Hall, so hey, expanding my horizons all the time, eh?

Beyond that, then I get a true vacation.  A couple weeks off, including some time at home (my last 2 vacations had me racing to Texas, which I adored, but I while I did relax out there, I never got 100% down time…and seriously, I need to do some writing.  I KNOW! GET OFF MY BACK!)  A week of that is then devoted to Vegas, because…Vegas.  Just Vegas.  And Halloween.  These are a few of my favorite things (and hanging with a few of my most favorite peoples!).

In the spirit of Halloween….me, in Pinewoods cemetery (in Troy) in the ruins of the receiving tomb, with a gigantic pink orb over me.  Obviously, someone else took that picture.  Less obviously, not one of the pics I took inside that structure came out, although the few I took around the grounds did.  Slightly funked, no? 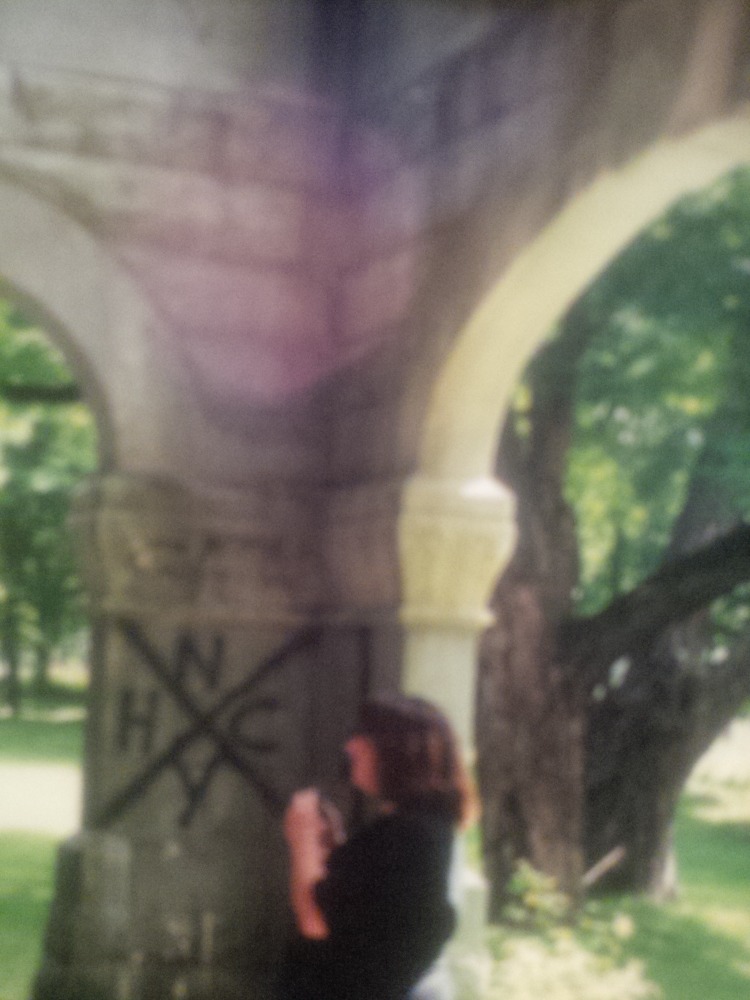 Also in the spirit of Halloween, allow me to share a few of my favorite horror movies.  Some are on television on assorted channels, some, I’m hearing, are a little harder to find.

Burnt Offerings (I mean, it’s cheese, but its cheese with Bette Davis)

Whatever Happened to Baby Jane

House on Haunted Hill (the super old one)

Don’t Be Afraid of the Dark (good luck finding this)

The Little Girl Who Lives Down the Lane (again…good luck)

The Legend of Hell House

Those are some to get you started, anyway.  I’m a big fan of the horror movies of the 60s and 70s, which are not so big on gore (not a fan of splatter for splatter’s sake, this is why, despite a few really good plot lines, I gave up watching American Horror Story.  Yes, great story line.  Now let’s do 3 or 4 episodes where Kathy Bates kills 20 people at a pop in as many ways possible).  Or stupid gore.  Someone sort of forced me to watch some Jason movies, and Freddy movies.  And I have no idea which one it was, but there was a scene where Jason killed a kid with an electric router.  Yes, that’s right.  Router, like sander.

In other words, this crazed killer took the time to find an extension cord, or two or three, so he could plug into a socket in a cabin, to run around and chase down a victim in the woods with an ELECTRIC SANDER.

Seriously, knives are good enough for Michael Myers.  That’s not a horror movie, that’s Wile E Coyote and his Acme sander chasing down the Roadrunner.

On that note (bzzzzt!), good night and a good week to all!