This trip was so crazy awesome I’m going to cover it in 2 parts.  Tonight, the Alamo, and the Menger.

Least I got that right.

It was beautifully green.  I’m not going to post a pic of the Alamo, because its something most people have seen.  I want to post pics I took of the surrounding grounds, because it it mind-blowingly beautiful. 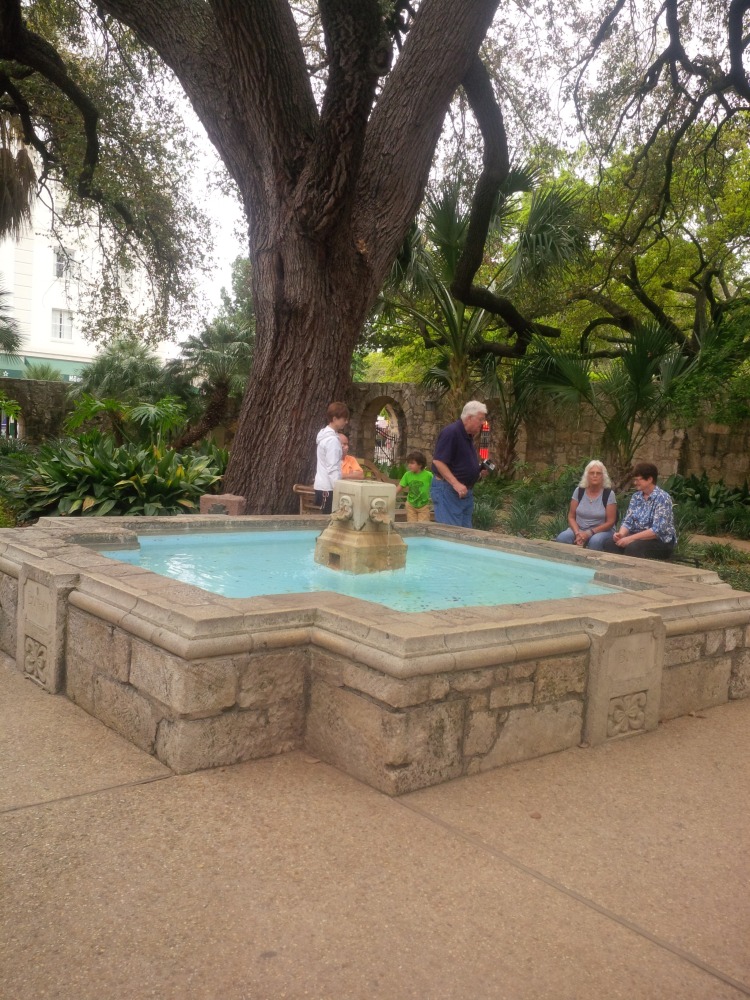 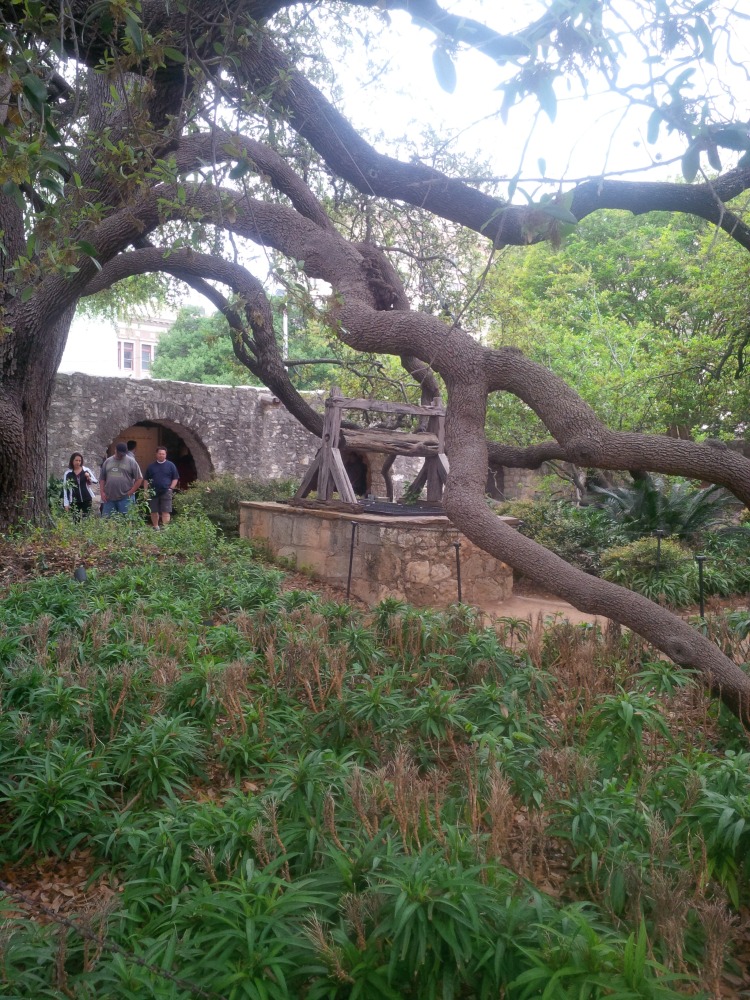 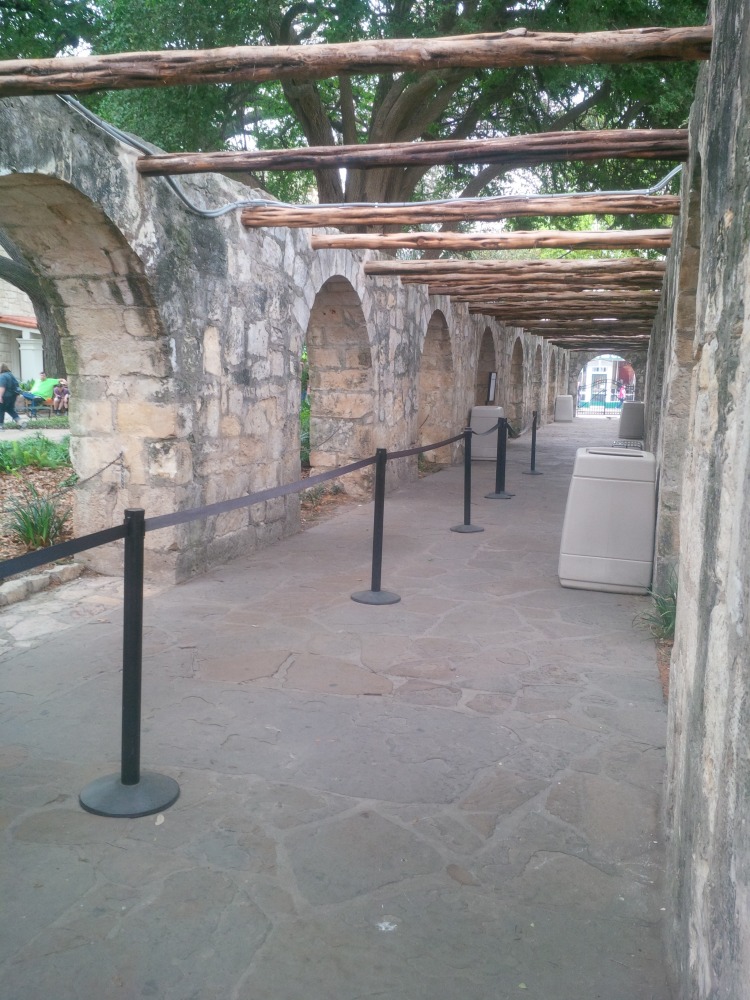 A fountain, and I think that was the largest oak…or the oldest…it was impressive, either way, with supports to hold up the branches all over because they were enormous.  Along the sides of the Alamo, for a different viewpoint.

And near the Alamo, the purportedly haunted Menger hotel.  For a quicker history than I can get into here:  https://en.wikipedia.org/wiki/Menger_Hotel

The Menger, however, is gorgeous.  I was fortunate enough to meet a FB friend, fellow gamer, and paranormal researcher, and he and his wife had drinks with us in the Menger bar (Teddy Roosevelt recruited his Rough Riders at the Menger, probably in this very bar), and then gave us a brief tour, as much as he could with the hotel open and guests in the most haunted suites.  I took random pictures, because with hauntings, that’s the only way to do it.  Mirrors are always particularly fun.  I didn’t see anything unusual, but maybe you will. 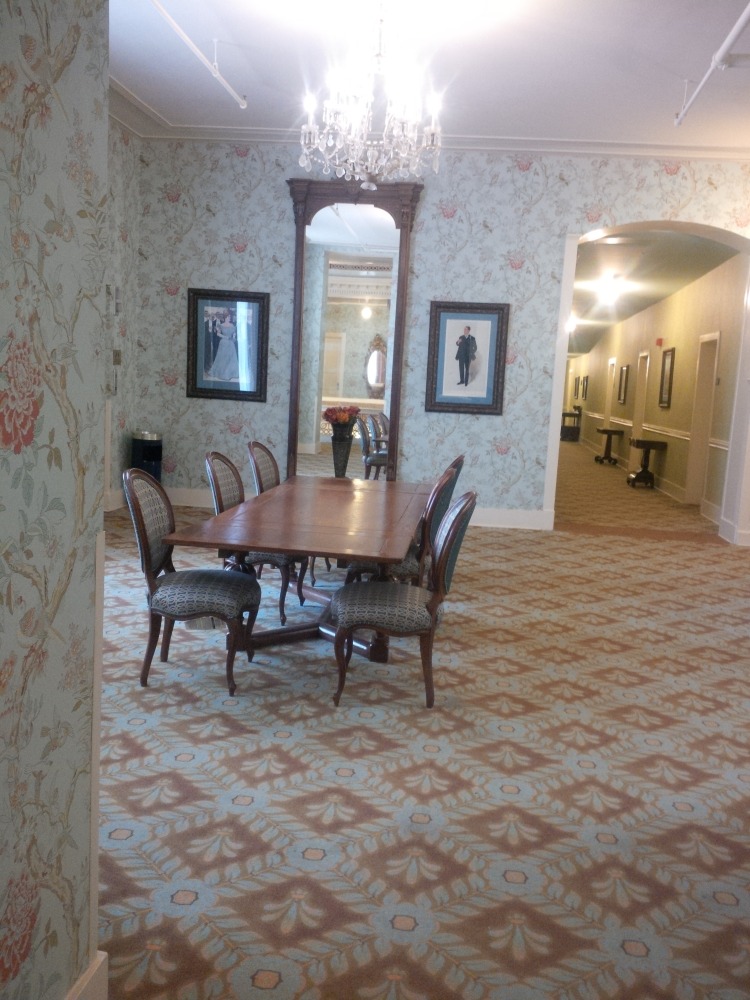 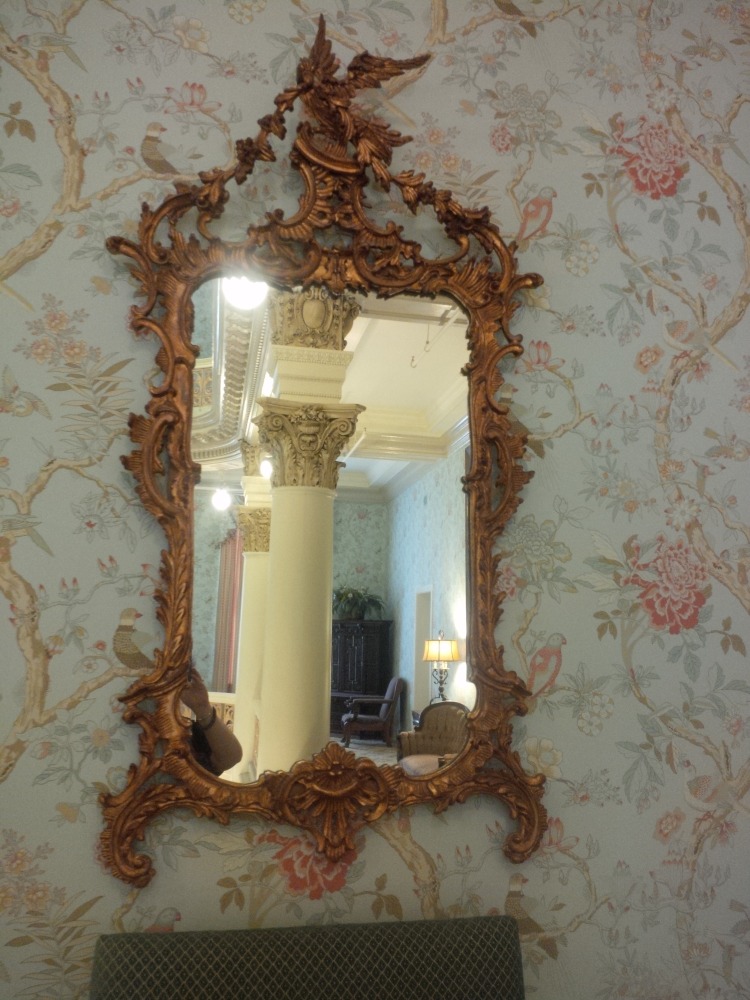 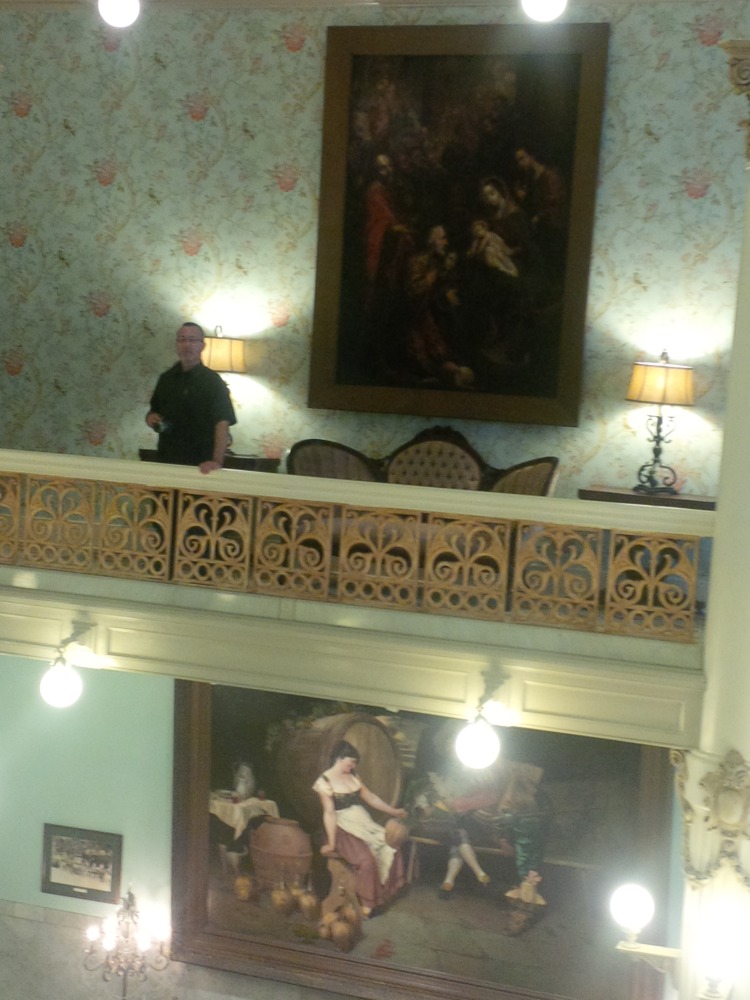 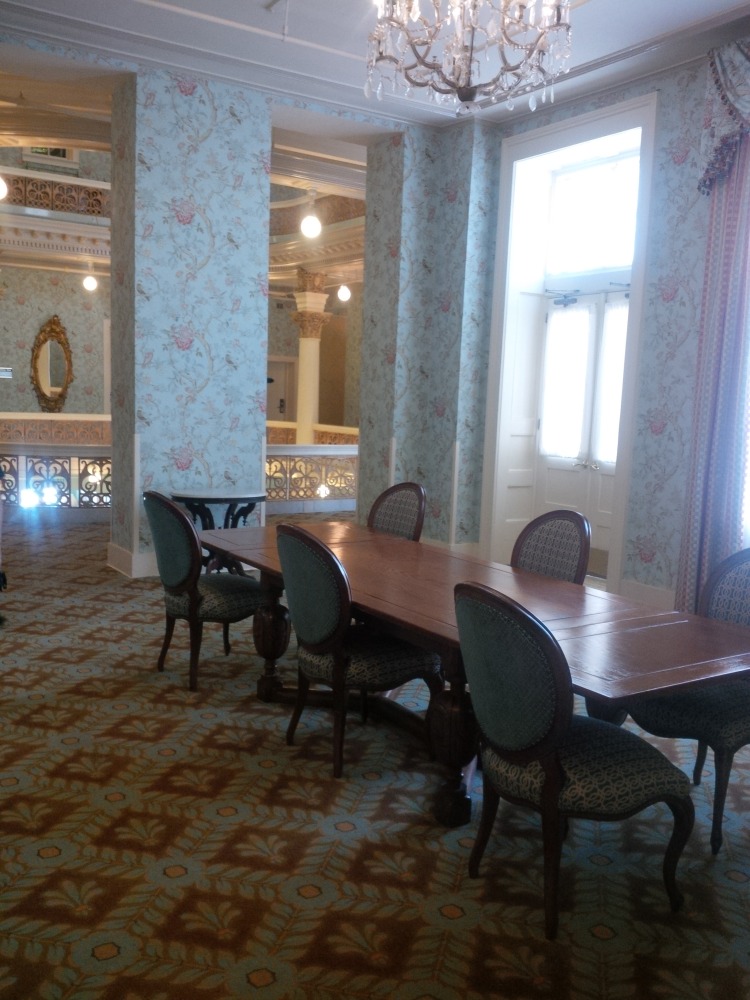 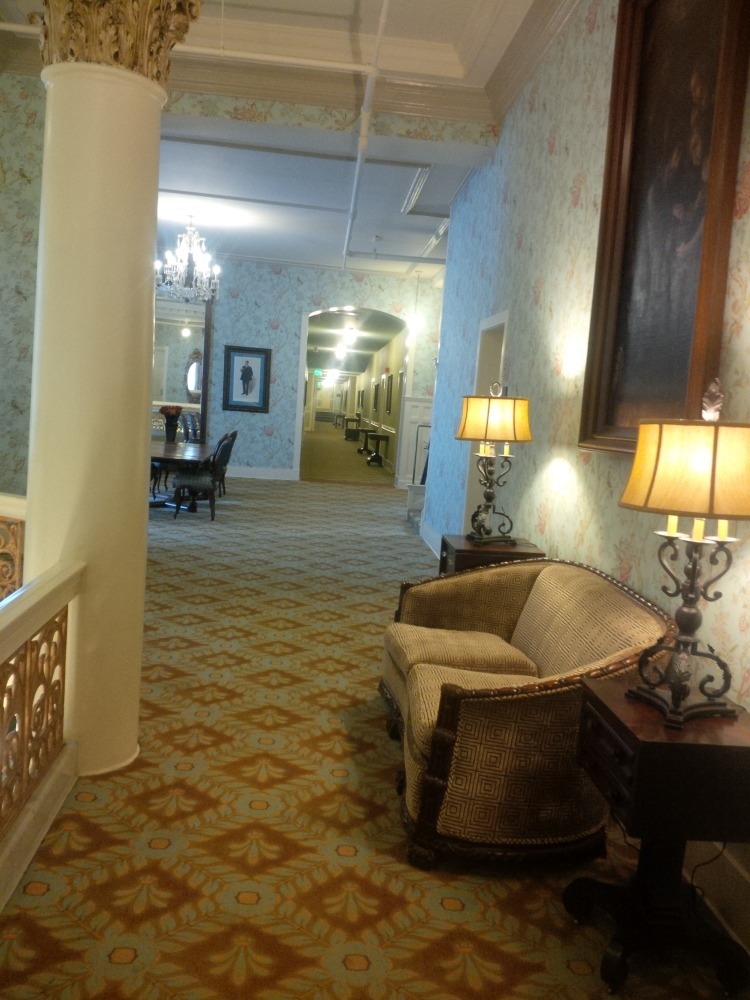 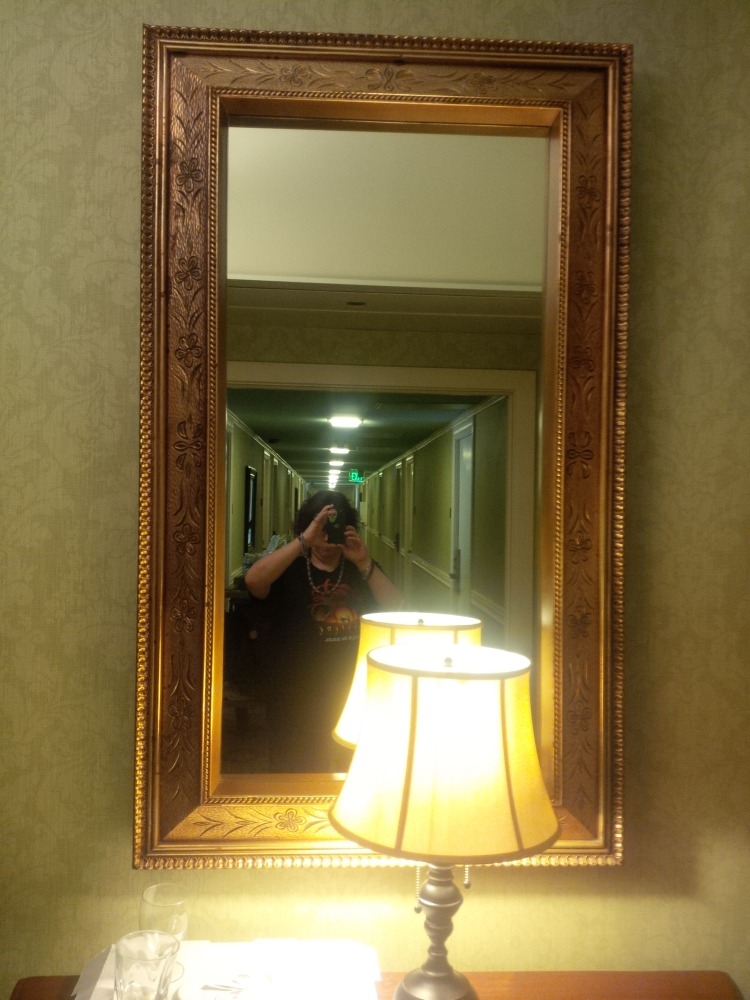 Whoops, there goes my whole “I don’t show up on film” story.

Anyway, if you think you see something in any of the pics, I’d love to hear about it, but man, it certainly was one exquisite slice of history to look at.

Upcoming…part 2 will be the Riverwalk.